Hi Moranda! How would you like to introduce yourself? I’m a Black bisexual cis woman and a full-time healthcare information student who is passionate about disabled activism and representation, particularly around dating and relationships. 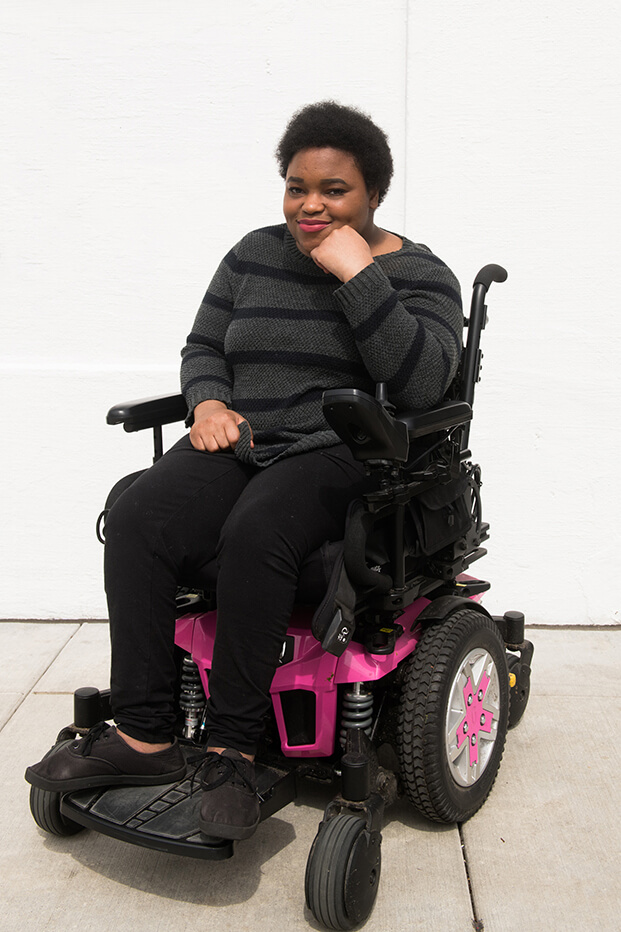 Moranda rocking a pink and black power wheelchair and smiling while resting their chin on a fist.

Ooh, that seems like a good way to segue into: what are some misconceptions that people have about disability and relationships or disability and dating? I feel like people kind of dismiss the thought of disabled people being able to be in a relationship or date. The first question guys on dating apps ask me is “Can you have sex?” When I tell them yes, they get nervous. It’s like the possibility never crossed their mind, and they don’t know what to do next. I think the question they really want to ask is, “Are you capable of having and maintaining a relationship like any other 24 year old?”

Asking about sex is a way to test the waters and see how “normal” a disabled person is, and I’m not sure why [laughing]. Disabled people can and do maintain healthy relationships, and have sex! We have the same wants and desires as anyone else.

Speaking of which, what are you studying in school and what do you hope to do after graduating? I’ve been in community college on and off for about six years, just taking general ed classes while I figured out what I wanted to do. In 2016, I did an internship at an assisted living facility as a receptionist, and decided I wanted to do something in the healthcare field. Fast forward another 3 years and I’m finishing up the prerequisites for Lane Community College’s Health Information Management Associate of Science program. Health Information is essentially analysing and organizing data like keeping patient records or billing insurance. It’s a very broad degree and you do a lot with it. My ultimate goal is to move up here [to Portland] after I get my degree and work in one of the hospitals or clinics as a receptionist.

And how long have you been living in the Pacific Northwest? I moved to Oregon from Ohio when I was 8, almost 17 years. I love the PNW [Pacific Northwest] because it’s so green and the air is clean. I tolerate all the rain because Oregon summers are worth it. 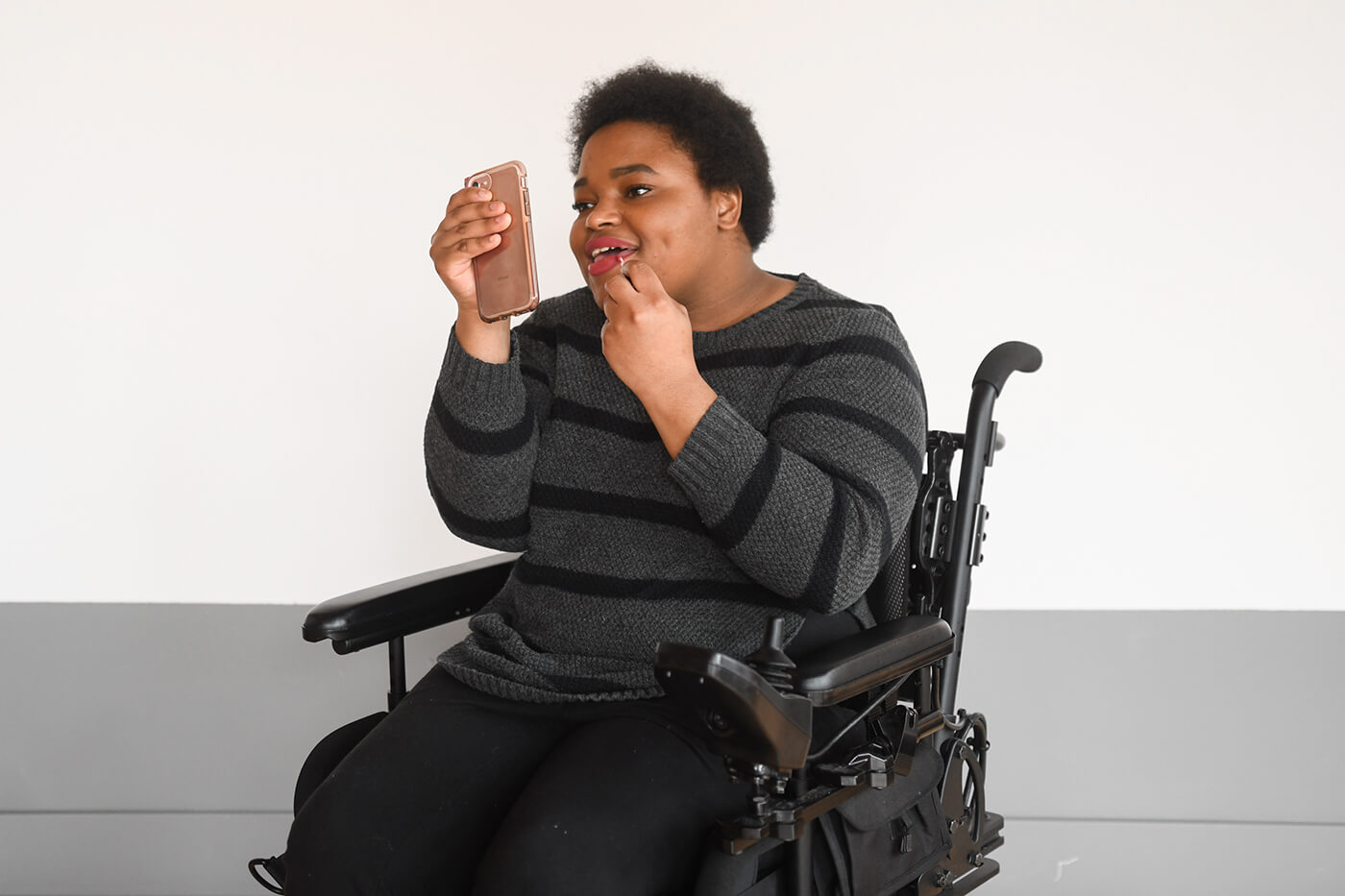 Moranda using their phone as a mirror to apply lip gloss.

Have there been any disability-led hashtags / movements that have resonated with you over the past year? Yes! Keah Brown’s #disabledandcute is from February 2017, but it’s how I found the disability community on twitter. Imani Barbarin has created [so many] hashtags: #DisTheOscars (a call for more disabled actors in films about disabled characters, and in general) in 2018 during the Oscars, #AbledsAreWeird (self-explanatory) in March, and #ThingsDisabledPeopleKnow (also self-explanatory) when The Upside movie came out. I could go on forever. I love this community so much.

What are some things you’re into that aren’t related to school or work? I like to write song lyrics. It’s kind of my version of keeping journal. I write about things I’m going through and how I’m feeling so I can process them. Coming up with rhymes and melodies is the “fun” part.

According to the internet, you’ve previously WON a songwriting competition and gotten to record and release that song! What was that like? Awww. Yes! The NASA Thing. I was a junior in high school and I stumbled onto a social media platform for youth called Rocket21. The platform gives kids space to share their dreams and connect with mentors and professionals and have the opportunity to foster those dreams through contests, workshops and all kinds of amazing experiences.

I entered a contest in 2012 to write a song about how NASA has inspired me to follow my dreams. Next thing I knew, I was in Orlando getting a VIP tour of Kennedy Space Center. My song is called “Flying” and was recorded by Independent country music artist Ansel Brown in Nashville in June 2012, and I got to be there in the studio as well (and featured on the song!!). It was released on iTunes in September 2012 with proceeds going to Shriner’s hospital in Portland. My high school put on an assembly for me the day before the release, and I got to spend the day of the release at Shriner’s. Truly a life changing experience and my crowning achievement.

Moranda smiling at the camera while applying lip gloss.

Is there anything you’d like to wrap up with? I’m so happy I got to be a part of this. Disability representation has come a long way, but I still feel like you have to be white and thin and ambulatory to be “seen.”

Going forward, what are some ways that people can follow and/or support you? My personal Twitter is @morandareaux. I’m always accepting donations through Cash app too!

March 15, 2021: image captions have been updated with Moranda’s current gender identity and pronouns. Content of the interview still remains the same.